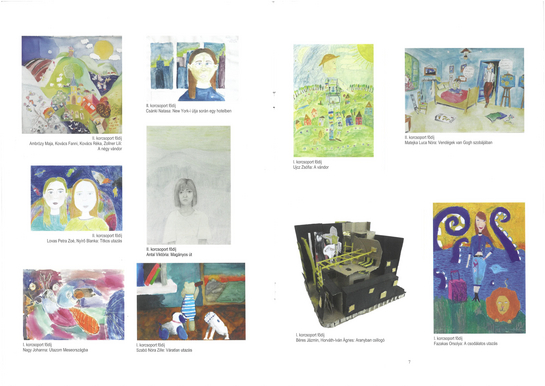 Some artwork made for the drawing competition

This year, the SZÍN-PAD-KÉP member school of the Fasang Árpád Elementary Art School in Csepel announced its regional arts and crafts competition entitled "Young Talents of Csepel Island" for the 20th time.

The competition was open to young artists and groups from Csepel, the neighbouring districts and the municipalities of Csepel Island. Within a short time, more than 910 individual and group entries were received from students from 33 schools.

The institution received support in the form of material gifts to ensure the quality of the competition. The results were announced at the Imre Nagy Primary School, and we rewarded the children and teachers who took part in the programme with gift packs.